Written and performed by Janis Astor del Valle, directed by Carolyn Kirsch, Trans Plantations explores Janis’ identity crisis as a New York-born Puerto Rican lesbian uprooted from the Bronx and transplanted to Connecticut.  Excerpts are from a production at Hartford Stage, produced by Carol Buckheit.

PLEASE NOTE:  In the above excerpts, Hartford Stage allowed us to use the set designed for their production of The Bluest Eye, scenic design by Scott Bradley, member of United Scenic Artists, USA-829 of the IATSE. 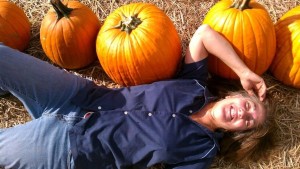 Written and performed by Janis Astor del Valle, directed by Carolyn Kirsch, Becoming Joaquin is a solo play about a transgender Latino, his family and girlfriend, who are in therapy, struggling to accept his transition from a lesbian to a transman. In this scene, Joaquin tells a fellow bar patron how a series of events — and Oprah — led to his coming out, with disastrous results.

Becoming Joaquin premiered as a workshop production at Hartford Stage, produced by CLARO (Connecticut Latinos Achieving Rights and Opportunities) in 2010. Since then, Janis has toured the piece, performing at such venues as B.A.A.D. (Bronx Academy of Arts and Dance), True Colors at UCONN, Wesleyan University’s Green Street Art Center, DePaul University, and Housatonic Community College.

Written and directed by Janis Astor del Valle
Produced by Kurt Enger
Director of photography: Chris Green
Starring: Taina Sanchez, Christine DeJesus, Veridiana Montas, Rafael Payano, AnaMaria Correa.
(12:45 min.; DV; 2003, 2009)
15-year old Ariana lives in one of the most homophobic ‘hoods in the South Bronx, so coming out is not an option. Straddling two worlds works fine for Ariana — until she feels her life and reputation are threatened. Then, Ariana must choose between honoring herself or her traditional Latina culture.
END_OF_DOCUMENT_TOKEN_TO_BE_REPLACED 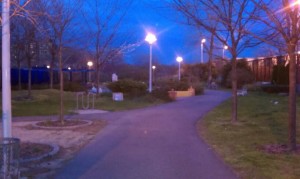